Since then, the District has expanded its services and treats sewage and provides recycled water. FPUD imports water from the Colorado River and the State Water Project. The imported water is delivered by the San Diego County Water Authority, which is the largest single customer of the Metropolitan Water District of Southern California. All of the potable water distributed by FPUD is treated at the Lake Skinner Filtration plant, just east of Temecula. The treated water quality surpasses all federal, state, and local water quality standards and regulations. FPUD delivers water to some 35,000 people over a 28,000 square acre service area. The District has no regulatory authority over wells or septic tanks. 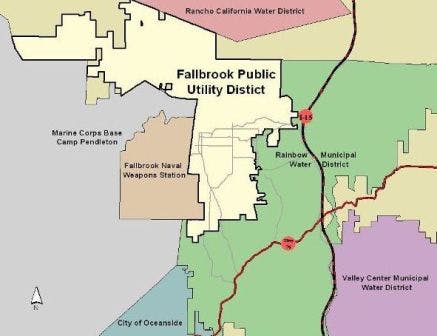